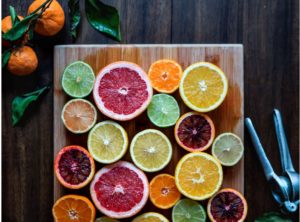 Let’s talk about artificial food coloring. Where it’s at, why to avoid it, and how to avoid it. This transition can be daunting to some, but with simple steps outlined below, I promise you can do it!

Since Egyptian & Roman times, we have colored our foods with dyes. However, it wasn’t until the mid-19th century in which we began using synthetic food colorings. Since Feingold’s research in 1972, scientists have been working diligently to convince the FDA to ban Artificial Food Colorings (AFCs) from our foods, with minimal success. This course will not only explain why this movement is needed but will also help provide you with information on how to transition to an AFC- Free lifestyle.

Ancient Egyptians and Romans used saffron, fruits and vegetables to color their foods, dating back centuries. Modern research shows the association with foods and color to be a pre-wired trait of humans; We desire foods with specific colors. Since the beginning of this research unfolding, mega-corporations have used consumer-based tactics of adding food colors to their foods to increase the product demand. However, the use of synthetic dyes (invented in 1856), has replaced the once-healthy traditions of our ancestors, and left us with an abundance of adverse health conditions.

The beginning of Artificial Food Coloring research and it’s harmful effects on the human body started in the early 1970’s with a retired pediatric allergist,  Benjamin Feingold, who performed numerous trials showing the link between increased hyperactivity and food coloring in children predisposed with hyperactivity, ADHD, and other behavioral disorders. This research was first presented to the American Medical Association in 1973. He claimed that, at minimum, children afflicted with minimal brain dysfunctions possessed an elevated sensitivity to certain Artificial Food Coloring. He followed up his presentation of finding with a book in 1975.

Research in 1982 from the National Institute of Health did fashion a compromise between the split opinions on Feingold’s research, as they acknowledged that controlled trials “did indicate a limited positive association between the defined diets and a decrease in hyperactivity” (defined diets being elimination of Artificial Food Colorings).

The University of Southampton in the United Kingdom brought his research back to life in 2007 as they looked specifically at elementary and preschool children challenged by a blend of food colors and sodium benzoate. This elicited a petition to the FDA to ban food coloring in 2008, which led to a very delayed review in March of 2011 with the Food Advisory Committee on behalf of the Food and Drug Administration.

In 2008, the Center for Science in the Public Interest (CSPI) made an attempt to ban eight Artificial Food Colorings based primarily on results from clinical challenge studies on behavioral effects of these chemicals in children with related behavioral problems, but with no success.

The FDA, thru the voice of the Food Advisory Committee, released their first Artificial Food Coloring related conclusion in 2011, stating that “For certain susceptible children with attention deficit/hyperactivity disorder and other problem behaviors, however, the data suggest that their condition may be exacerbated by exposure to a number of substances in food, including, but not limited to, synthetic color additives. Findings from relevant clinical trials indicate that the effects on their behavior appear to be due to a unique intolerance to these substances and to “inherent neurotoxic properties.” While it may seem like a small victory, it was the first time that research was acknowledged on the harmfulness of Artificial Food Colorings. The FDA refused to acknowledge substantial evidence about the neurotoxic properties. Furthermore, they refused to apply a ban on the use of Artificial Food Colorings, stating that the research did not show a distinct correlation with all population demographics of consumers, but rather, was limited to a specific, “pre-disposed” group of individuals.

Depending on the research study you read, and the hypothesis being tested, you will see a variety of claims about Artificial Food Colorings and their negative health implications. However, there is yet to be any research that contraindicates another- meaning they are all valid concerns. Below is a brief list of scientifically proven risks associated with the consumption of Artificial Food Colorings.

The Diagnostic and Statistical Manual of Mental Disorders (DSM) defines five clusters of related behaviors: a) irritability/control, b) sleep disturbances, c) restlessness, d) aggression, and e) attention span. Research studies performed with double-blind and placebo techniques both show a hypersensitivity in these categories in groups who consume Artificial Food Colorings, yet the FDA is still refusing to acknowledge a motion for a ban. Elimination of Artificial Food Colorings has shown to improve behavioral markers in all five categories from hyperactive children and children with behavioral disorders.

At Prospectively Healthy, we believe in “Trades”. The idea that a healthy lifestyle sits atop a foundation of nutrition and eating foods for the nutrients they provide us. However, we are also understanding of the inability to start a drastic change, such as removing Artificial Food Colorings, without having a transitioning option.

For some items, such as sugar cookies at Christmas and frosting, this transition may include switching from Artificial Food Colorings to a natural alternative. While the FDA will continue to be late to the game, many companies, including Simple Truth ®, have begun to help improve the ease of AFC-Free diets. One option includes their line of traditional food colorings, available in convenient dropper bottles like the synthetic dyes, but consisting of glycerin, sugar, water, vegetable juice, and citric acid as a base, with foods like turmeric for yellow and spirulina for green providing the colors we love.

For other foods, our weakness included, you find a “trade” that exists for a specific product, such as replacing the infamous Swedish Fish from Malaco® with an AFC-Free alternative such as Wholesome’s™ Organic Delish Fish, or SmartSweets™ Sweet Fish. Furthermore, Simple Truth® has become known for their “Free From” emblem, which includes artificial dyes, and provides a large list of foods to transition to. Other companies have transitioned back to the traditional method of coloring and are available in natural grocery stores such as Thrive Market and Whole Foods.

How to Avoid Artificial Food Colorings

Trades such as those mentioned above are going to be key in transitioning away from Artificial Food Coloring. But the most certain way to avoid Artificial Food Colorings is to …. Read labels. Yes, it may not be our favorite pastime, but companies have gotten sneaky (and lazy!). Dill seasonings, dressings, ketchup, crackers, chips, and pasta are containing Artificial Food Colorings. Some of the biggest contenders are the items found in the “kids” section: cereals, fruit snacks, granola bars, and jams. Other aisles of caution include chips, candy, and beverages (Especially sodas and juices).

Take the time to read your labels. Look for the common words associated with Artificial Food Colorings- most characteristically labeled as a color followed by a number. Safe phrases include “coloring from naturally occurring foods”, “beet juice for color”, etc. Do not assume that the food wouldn’t contain a coloring, simply because it is the color it appears in nature as. It is unfortunate that color is added to these to heighten their appearance. 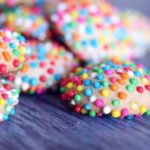 Feingold’s Diet outlines other considerations for dietary modifications, including an elimination of artificial dyes as well as salicylates, artificial flavors, and a specific list of preservatives, and provide a defined diet proven to decrease hyperactivity. The Restricted Elimination Diet (RED) is often used at the beginning of a modification such as transitioning to AFC-Free to help decrease other toxins in the body and identify other associated allergic responses. Furthermore, research on the Supplementation with Free Fatty Acids (SFFA) and other key nutrients being added to the diet of a child affected by behavioral disorders such as hyperactivity have proven successful.

Other Supplements often recommended for individuals with attention deficit disorders (ADD) and Hyperactivity Disorders include NDF Calm and NDF Kids Happy Liquid by BioRay, as well as a solid probiotic to help with gut responses to foods, such as UltraFlora Spectrum by Metagenics.

Please submit a contact form if you are interested in learning more about these supplements, or speaking with our physician about the nutritional needs of you, your children, or your family in general. You can reach us via our contact page.

Furthermore, we offer several other classes that pair well with the information presented today, including our “Kids Snacks & Lunches”- a mini program focusing on the quality of school lunches, as well as cost, and how we can help our children understand how to meet nutritional demands while making their own choices at school. Other programs would be our “Beyond the Basics: The Psychology of Color”, and our “Kids Edition” series, which includes 6 weeks of nutrition education in a kid-friendly format, as well as some hands-on learning activities and recipes.

The Definitions of Food Coloring, as set forth by the FDA, can be found here

A Rainbow of Risks, written by the Center for Science in the Public Interest, also wrote this helpful PDF

For a List of Simple Truth® Free From, Look Here. You can also shop by category to see their “Trades” for common foods with Artificial Food Colorings and get replacement suggestions! We are particularly fond of their Little Fingers Bento Box, and their Almond Crusted Chicken Fingers.